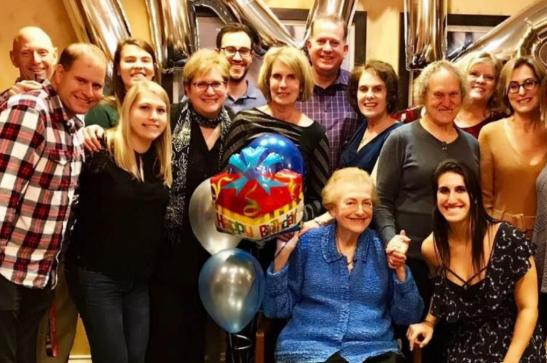 People often react with a little bit of surprise when I tell them my older brother is a rabbi. They know I’m Jewish — I kind of lead with that — but I’m pointedly irreligious (as I once told a convention of rabbis, I’m an agnostic, which is an atheist who’s afraid God will be annoyed if He finds out) and while my peer group growing up all went to religious school and got bar-mitzvahed, etc, actually, you know, going all the way to ordination seems a bit de trop. As an old Jewish joke probably has it, “A Rabbi? What kind of job is that for a Jewish boy?” 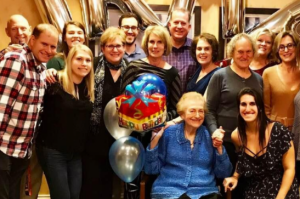 And yet: Doug was drawn to the pulpit, called, I think, not so much by divine inspiration but as a call to service. His version of Judaism, which I’ve been privileged to experience at his congregations in Connecticut, Chicago, and now Westfield NJ, is far different from the dutiful, drab, and humorless rituals I endured at our shul growing up. Then, it was all about Rules, Duty, Decorum: a whole bunch of Requirements which existed, it seemed, to provide whole new arenas for me to disappoint my elders. Doug’s version is joyful, expansive, celebratory, bright, and most of all, welcoming. You can read about his approach in great detail in David Hay’s memoir of his late-life bar-mitzvah, “Today I Am A Boy,” and David is only one of the many people who’ve approached me over the years to tell them about their experience with Rabbi Doug, the wise teacher, and leader who helped them, taught them, comforted them, married their children, buried their parents, and yes, amused them — sometimes (I shudder to repeat this) even more than I do. 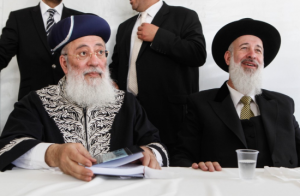 It’s a little odd for me — I mean, this is my brother. I grew up with him. He tormented me, I tormented him back (one of the greatest triumphs of my youth involved a car seat and a half-ate an apple.) It’s strange to be among people who think of him with such gratitude, affection, and respect. They talk about their Rabbi, and I think to myself, “You mean Dougie?” But who am I to argue, and so now I join them in admiration for a man who — whether or not there is a God to know or care — spends his days doing God’s work.

Today is his 50th Birthday. Please send him your birthday wishes in the comments, and once we have enough, I’ll send them on to him.