Have you ever been told that things are the way that they are in your business because “that’s how we’ve always done it”? This is a way of thinking that proved successful in big business for many years. Well, it’s 2014, and while we may not be living life like The Jetsons, times have certainly changed. This way of thinking does not inspire creativity, and most importantly, prohibits innovation. Technology is advancing at a faster rate than ever before, and every minute that you’re pushing away new technologies, your competitors are gaining an edge on you. It’s time to be disruptive. 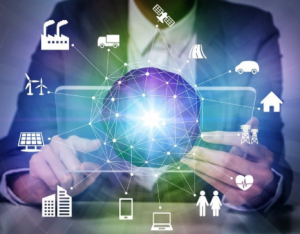 Let’s look at Big Data for example. There’s a large divide on companies who support big data analytics and those who don’t. For those who don’t, a common argument is that customers want a human-to-human interaction, and that’s something you cannot get simply with numbers and analytics. It’s the same “Moneyball” argument (for those of you who are baseball fans)

While that’s important, that will not be enough in the future. Kroger company embraced big data early and now the midwest grocery chain is the second-largest in the country (second to Wal-Mart). They were able to accomplish this by mining all customer purchase history with their Kroger Plus card and then creating personalized marketing sent to the customer on products that fit their “consumer profile.” But it doesn’t stop there. They can also use this data to determine which products they will put in a particular store. The products at Kroger in Terre Haute, Indiana may be completely different than a Kroger in Little Rock, Arkansas, and even different than a store in Cincinnati, Ohio. With the advancement of mobile technologies and smart Wi-Fi networks, retailers will even be able to gather location-based analytics that will allow them to determine which part of the store the most products are sold, where the most foot traffic is, and even what times lines are the longest. Retailers embracing these technologies and stepping away from the status quo are instantly gaining a substantial competitive advantage.

Mobile technologies are also disrupting businesses more than ever before. Let’s take a look at the taxi industry. For decades, getting a taxi in any city required you to stand on the side of the street and “hail a cab” or just call a number to request a driver. Many taxi cars still require riders to pay cash, which is a huge disadvantage in today’s age. Now introduce Uber and Lyft. They went against the status quo and introduced mobile technology, and are now making a huge dent in the industry. By creating mobile applications that allow consumers to request a car, pay a fee, check driver location on a map, and rate drivers, these companies made it easier to use these services. They took advantage of mobile trends and made technology easy. They disrupted the industry by going against the status quo, became successful, all while the taxi industry as we knew it will continually see a decline in revenue because they did not embrace new technologies.

These are just a couple of examples of how going against the status quo has allowed businesses to be more successful. The point is that technology is going to play a huge part in business for many years to come. There will never be a replacement for human interaction, and there shouldn’t, but adding a layer of technology to help your business succeed is going to pay big dividends. Let’s get rid of the “that’s the way we’ve always done it” mentality, especially if your business is flat-lining. Be disruptive, be innovative and be creative to help your business succeed at the next level.