I received a free, Performance Health Schick Quattro High Performance Razor for Women in the mail, a few month ago. I found it when I was sorting out my hundreds, of beauty products, that I have collected.

Since I hadn’t been happy, with the cheap CVS disposable razors, I figured I would try this one out. The trockenrasierer is one of them that are a electric razor for shaving the hairs of the girls. The skin tone will not be affected through the use of the razors.

Upon opening it I had a gray and pink handle, 2 cartridges, and a shower hanger. The first thing I liked about it was that the handle was sturdy, was rubber, and had a good grip to it. All I had to do was put the cartridge on the top of the handle, press down on the button, and pull it up. Then I had my razor and was ready to go to work with it. It does have a plastic safely cap to put over it, when it is not in use. 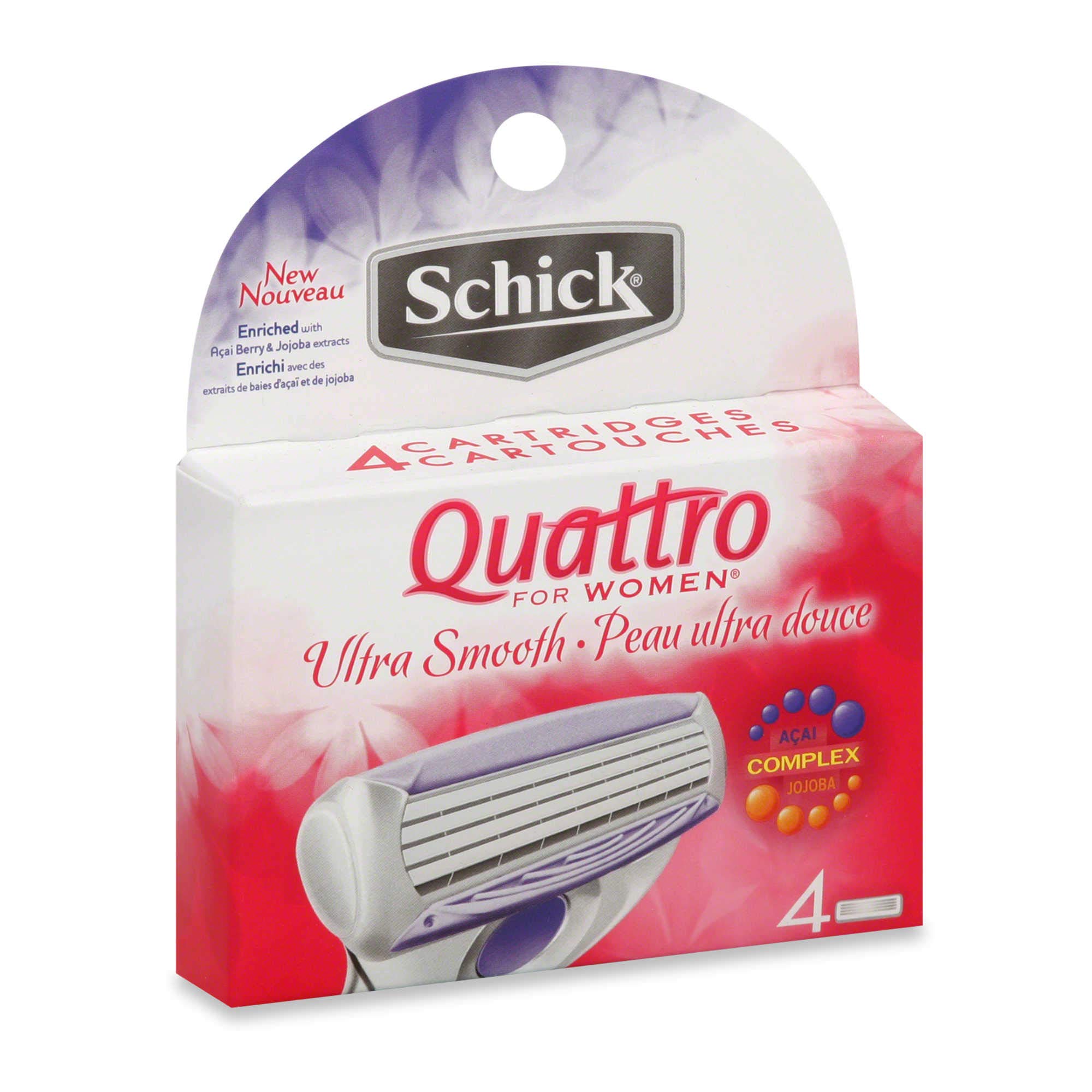 What I like about this one, is that the cartridge has 4 blades, and on either side of them, strips that contain aloe and Vitamin Complex. Even though I purchase a good quality shaving gel, it is still nice to know that these strips should keep my shaved areas moisturized.

So I got in the shower, and applied shaving gel under my arms. I then brought down the razor 3 or 4 times, under one arm, and then rinsed the razor. I checked under my arms and the hairs had been removed. I did the same under the other arm.

Next came the bikini area, and because I have done this for 50+ years, there is always dark stubble. If my razor isn’t a good quality one, then this is the area, that I have a problem with. I again put the gel on, and shaved as normal. I am pleased to say that it worked fine on this part of my body.

Now on to my legs. I made sure that it had been a week since I last shaved them. Normally I do it every 2 to 3 days, so there was plenty of hair. I used long strokes and the Schick Quattro High Performance Razor did it’s job. I had really smooth legs. They felt soft and didn’t need moisturizing after-wards.

Once finished I let the razor dry and then put the plastic safety clip on it.

I have used this razor 4 times now and it is still working just as good as the first time. Having 4 blades, I feel that it gives a better shave, then many of the other razors I have used. My only concern will be when I have to purchase refill cartridges. That is where the companies make their money.

This came with a plastic shower hanger, but I didn’t use it, as I like to dry my razor, and store it away from the shower. I would think it could go moldy if left in the shower itself.

Although I didn’t need to put a new cartridge in, I took off the original cartridge, just with a push on the button, and it was so simple. Putting a new one in is a simple task.